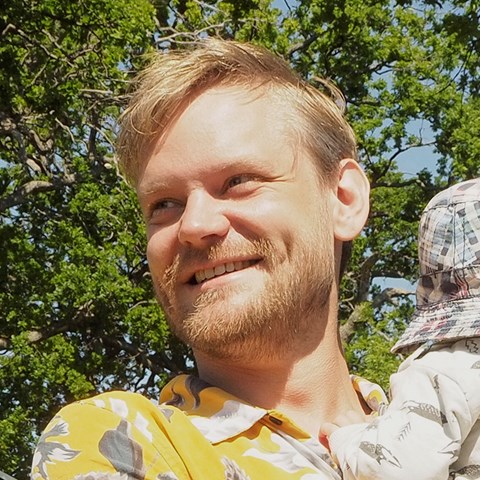 The unwieldy concept of change may sometimes be hard to define. Is change the person picking up an extra piece of trash when they previously would not have?

Is change the conversation by the water cooler that has never occurred before? Is change the increasing number of people showing up for a demonstration? In Mistra Environmental Communication - Work Package 5 - Media and Art we would like for all of these examples to be examples of change. It can be a measurable number that increases or decreases due to our actions, but it can also be an unmeasurable shifting of perspectives on ideas of sustainability. We wish for change to be unruly so that projects are not overlooked because of their seeming unmeasurability, and so that we can make efforts to engage even when we can not predict the outcome.

When we look for change we find it in the big and the small. We see it in how governments legislate, we see it in industry initiatives, we see it in individuals’ actions. When a government directs funding towards efforts labelled ‘sustainable’, when organisations formulate missions that consider environmental impacts, when individuals participate in actions to restore wetlands, when actors make choices of impact we see change in action. Change is in the details that guide society on individual, local and systemic levels.

Change can be activated in a multitude of ways. In art, it can be through asking the audience to engage with perspectives not considered before. Perhaps inviting visitors to consider a seemingly wild garden as a haven for biodiversity. In activism, it can be by listening to groups previously unheard or by participating in unconventional actions. Perhaps producing documentaries telling the stories of indigenous communities. In academia, it can be through sharing new understandings of how nature functions or what the world thrives on. Perhaps considering nature and culture as intrinsically interlinked or learning how trees capture carbon dioxide in ways previously unknown. In policies, it can be through the use of language. Perhaps by addressing beyond-humans rather than nature in sustainability guidelines, systems can be steered, for example, to use less plastic equally for the sake of vegetation, microbes, animals and more. Change is enacted in the engagements with one another in creative ways that allow each of us to consider our current positioning and invite us to shift that position.

As such, the responsibility for change lies within all of us. Each engagement we make has the potential to create change. Yet, for systemic change to happen the limited reach any one individual has can perhaps only do so much. For systemic change, the system needs to be held responsible. Meaning what controls the system, what guides its movements, what determines its functions, needs to be affected. Guidelines, frameworks and missions must be held responsible for the affects, actions and ideals they achieve. Thus, in parallel to the responsibilities of individuals, there are responsibilities of systems affected by individuals to create change. Change happens when the system and the individual collaborate to achieve new ideals. It is not up to any one of these instances, it is up to them together.